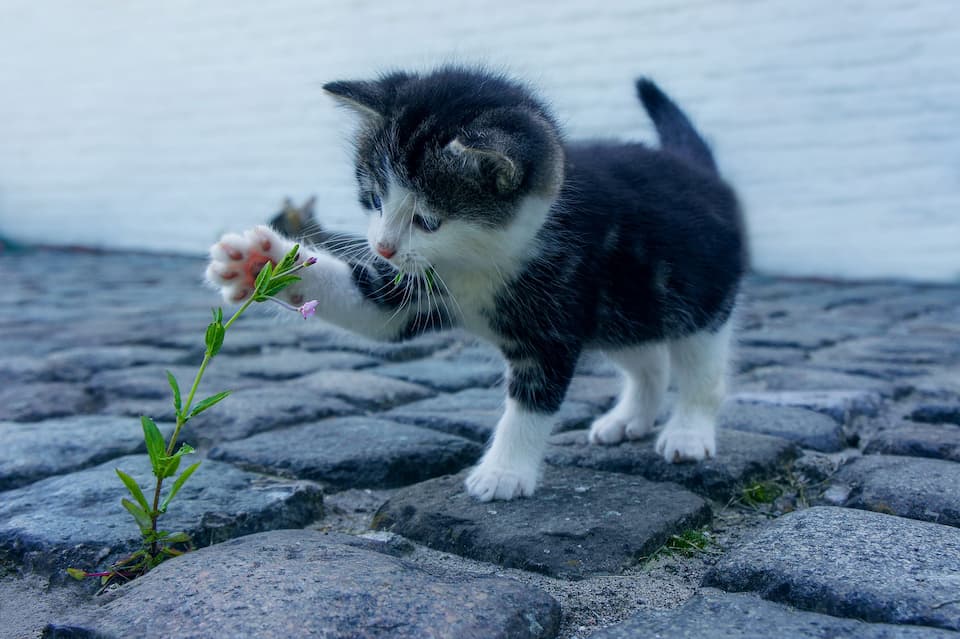 As a cat-lover, you may love to learn more about your pet. Here are some amazing facts about cats that you might have never known about your little feline cutie. Knowing more about them will help you treat cats better and attend more to their needs.

Yes, it’s more like you are having a mini-tiger at home. Over 95% of their genetic makeup is compatible with tigers. This is why they exhibit a lot of similarities to carnivores when walking, stalking, sleeping, and behaving.

2. Cats’ brains are similar to ours

This is something you will never imagine to be true. But researches show that the cat’s brain works similarly to ours when they think. The structures are quite the same consisting of grey and white matter, similar regions, and lobes. They also dream more like us and even have short and long memories like we do.

So what does this mean? It refers to animals that are active mostly during the dawn and dusk. Although we often consider cats as nocturnal, it is not so. The start and end of the day are considered to be the cat’s hunting period in history. Therefore, they still show these habits by being most energetic by playing and pouncing at this time.

You will not be amazed by the fact that cats sleep a lot. But in reality, they spend somewhere from 13 to 16 hours sleeping every day. This is because they descend from predatory animals that sleep a lot during their inactive hours. So don’t poke to awake them thinking that they are being lazy. Simply let them rest because that’s how they are made to be!

Have you noticed that your cat always misses the treats you put right in front of it? That is because it has a blind spot just in front of their faces. They have difficulty in focusing at this range and their close-up vision is about 20/100.

6. They have a superb vision

Despite the above fact, cats can view a range of 200˚ which is 20% more than humans. They have very good hunting skills due to their ability to see long distances. They can even hunt in the dark with precise accuracy.

As we know that cats are good hunters, you can assume that they are fast in hunting. Yes, cats can run at extraordinary speeds which can even bring them a gold medal at Olympics! They can run over 30 miles per hour, which is even faster than the world’s fastest man Usain Bolt.

Although you may not be able to judge a person from their skin color, you can always do so with cats. The color of their fur says a lot about their personality. The more colors they have on their bodies, the more challenging personalities they have. Studies have shown that cats with calico and tortoiseshell patterns are more aggressive towards humans.

9. They have a vocabulary of sounds

You might be aware of the frequent meow, purr, and hiss of your cat. But in reality, they have over 100 different sounds which are generally their vocabulary. They even have special sounds for their owners with different notes. Thus, cats are rather vocal creatures than we think.

10. Their hearts beat as twice as humans’

This is another interesting fact about cats that only vets know. The heart of your little feline friend beats from 140 to 220 beats per minute. You can easily feel this if you put your hand behind its front left leg.

11. They have few taste buds

Unlike us, cats cannot feel many different tastes. This is because they only have 470 taste buds whereas dogs have 1,700 and humans have 10,000. Since they originate from carnivores, they don’t need to taste as much as they depend only on meat. They also cannot taste sweetness due to this. We, as omnivores, need more taste buds to feel the taste of both plant and meat components.

Did you know that your cat should not eat raw fish? That is because uncooked fish contains bacteria leading to food poisoning. It can also destroy thiamine which is an essential vitamin B due to certain enzymes in raw fish. This may lead to neurological problems in your cat. This important fact about cats will help you take care of them better.

13. Milk for cats is not as good as you think

Most cats are lactose intolerant, which means that milk can cause tummy troubles for your cat. The lactase enzyme is used to break down lactose inside the cat’s body. But once a kitten is weaned, this enzyme disappears making it difficult to digest milk.

Another mind-blowing fact about cats is that they do not like the music that we listen to. Instead, they prefer special music composed just for them depending on their frequency range and communication tempos. So if you need to gift something for your furry friend, find the album Music for Cats released by composer David Teie in 2015.

15. Cats are cautious about insects

You must have seen your cat batting small insects and creatures with its paws. But to be real, they are not torturing it. Instead, they are being cautious of these tiny animals because such insects and rodents could sting or bite. It’s their instinct to avoid them by batting them away.

16. They have been pets for a very long time

Cats have been pets for over 10,000 years, which is probably longer than you imagined. This is found from the evidence of a 9,500-year-old cat grave in Cyprus excavated by French archeologists in 2004. So as you often see in internet memes, it was not only the Egyptians that had the world’s ancient cats back in history.

17. They have four types of hair

Cats have down awn, guard, and vibrissae hairs. Down hair is the short and soft undercoat while guard hair is the outer layer. The awn hairs are the middle length in between the two, used to protect the two types. The coloring and patterns of a cat are due to this awn layer. Finally, vibrissae hairs are the whiskers that you find on either side of your cat’s face.

Since we talked about whiskers, another fun fact is that these guide the cat along its path. For example, they vibrate from touching an object or due to a change in the airflow. These signals are sent to their nervous system to detect the size, shape, and proximity of the objects. The whiskers determine whether the cat can pass through a specific hole or passage. For this reason, the larger the cat, the longer its whiskers are.

Have you ever observed the so-called “catwalk”? They move one side of their body entirely when moving ahead. This is quite different from the usual structure where other animals use limbs of alternating sides to walk. Giraffes and camels are the only other animals that walk in this way as the cats do.

20. They sneak so quietly

We all know that cats sneak so quietly behind us. There is a reason for this interesting fact about cats. Being carnivores originally, they still have the habit of walking on their tiptoes. This is the same reason that they can land almost perfectly without any mess when jumping from heights. They have a very good shock absorbing system in their bodies so as not to scare away their prey.

It’s normal for people to be allergic to cats due to their fur. And it’s possible vice versa too! Cats may be allergic to dandruff, dust, and cigarette smoke. Indoor cats are vulnerable to these and even prone to asthma as shown in studies.

22. They have very sensitive feet

Dogs allow you to touch their paws and even hand them to you. But when it comes to feline friends, they are not fans of this practice. This is because their feet are extremely sensitive due to being hairless and having a lot of nerve receptors. It can even feel the temperature, pressure, and vibration through the paws.

23. Paws and claws have scent glands

This resembles another major difference between the canines and felines. Dogs mark their territory by peeing along different areas. But the cats do this by scratching the trees through which they leave scent marks. This visual and scent marker is a perfect way to claim territory from trespassers. So the next time they scratch you affectionately, you know that they are marking you as their own!

24. They sweat through paw pads

When it comes to their paws, this is another health fact that you need to know. Cats sweat only through their paw pads. So, extreme sweaty paw pads on your cat may indicate overheating, nervousness, or stress. So you know when to care more about your beloved friend. However, you should also know that they usually have a higher temperature than us. A cat’s normal body temperature is from 100 to 102 degrees.