HomeGeneral7 Myths About Bats That Are Not True
General

7 Myths About Bats That Are Not True 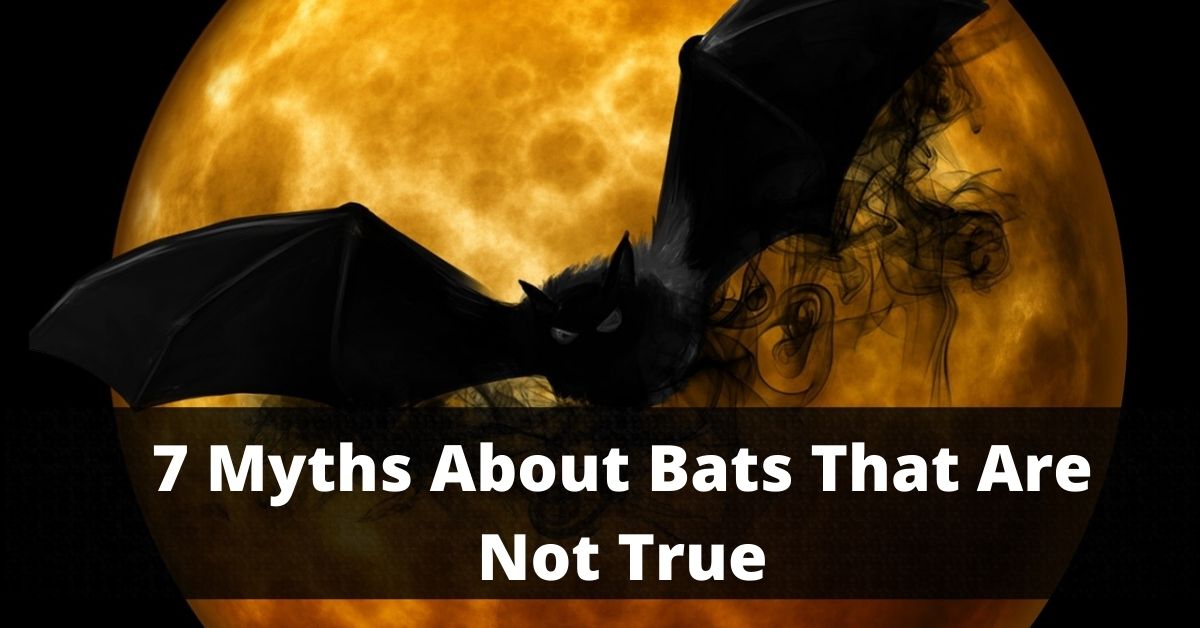 Bats have a bad reputation in popular culture. Though they are frequently portrayed as bloodthirsty creatures of the night, they rarely attack humans. They’re also extremely beneficial to the environment, and their voracious appetite for pesky insects saves the agriculture industry billions of dollars each year. More myths about these so-called “rats with wings” are debunked below, adapted from a YouTube episode of Misconceptions. 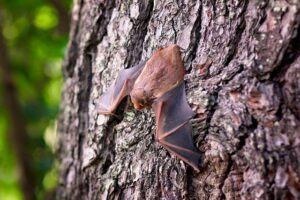 Bram Stoker’s novel Dracula and subsequent film adaptations were a hit with horror fans, but a PR disaster for bats. In the vampire story, the titular villain transforms into a bat while feasting on his human victims. Since Europeans first discovered blood-drinking bats in the Americas around the 16th century, the animals have been associated with vampires, but Stoker may be responsible for solidifying the animal’s monstrous reputation in the English-speaking world.

The popular belief that all bats are miniature Draculas is clearly incorrect. Vampire bats do exist, but they are only a small part of the overall bat population: Only three types of bats drink blood among the world’s 1300+ species, and they are found only in Central and South America. There’s no need to break out the holy water if you come across a white-winged, hairy-legged, or common vampire bat in the wild. Vampire bats are primarily attracted to birds and livestock. When they do feed on humans, they only drink up to a tablespoon of blood.

Even though vampire bats rely on blood for food and water, calling them bloodsuckers is also incorrect. Vampire bats, unlike some hematophagous (blood-eating) creatures such as mosquitoes, do not suck blood directly from their prey. Instead, they use their teeth to make a small incision near an artery and lap up the blood that pools on the skin. That would technically make bats bloodthirsty creatures.

As previously stated, the vast majority of bats are not looking to eat humans. Because most bats eat fruit or insects, they should be regarded as environmental heroes rather than pests. Fruit bats aid in the dispersal of seeds and the maintenance of plant life cycles in tropical ecosystems. Some bats consume nectar, making them pollinators in the same way that bees do.

Insectivorous bats contribute to the environment in a unique way. In a single night, a bat can consume its bodyweight in bugs. Many of these insects would otherwise be a crop threat, and bats save the agriculture industry at least $3 billion per year. More bats in your yard means fewer insects to ruin your summer nights outside.

Vampire bats, too, have something to offer humanity. Their saliva contains the protein Draculin, which prevents clotting and thus allows blood to flow freely from their prey’s wounds. This protein’s ability to break up blood clots in humans has long piqued the interest of researchers. Vampire bats may even hold the key to a new treatment for high blood pressure, according to a study published in the journal Toxins. The venom of the common vampire bat has been found to contain a unique class of blood pressure-regulating peptides, which could be used to treat hypertension, heart failure, and kidney disease.

Although bats do not drain your blood and are beneficial to the environment, many people still flee when they see one. This is due to the widespread belief that bats become entangled in human hair. Fortunately for your updo, getting tangled in a head of hair is as unpleasant for the bat as it is for you. This concept may have originated as a means of discouraging young women from going out at night. Whether or not it was successful in keeping women at home, the myth has persisted. Bats do appear to swoop down toward humans on occasion, but it’s not for hair. The carbon dioxide you expel attracts insects, who may then attract a hungry bat. When this happens, the bat’s excellent navigation skills allow it to avoid colliding with your head.

No, bats are not deafeningly deafeningly deafening This is one of the more common myths about bats, and it may stem from the fact that many bats hunt using echolocation. When bats emit pulses through their mouths or noses, sound waves travel forward and bounce off nearby objects. Bats can estimate the size and shape of whatever is in front of them by listening to the echoes of their calls. If the object causing the echo is the size and shape of an insect, the bat has most likely found dinner. It then employs a rapid series of calls to locate its prey before diving in for the kill.

Although echolocation makes nighttime hunting much easier, it isn’t the only way bats assess their surroundings. Contrary to popular belief, bats have eyes that are well-adapted to seeing in the dark. Some people rely on vision as their primary means of locating food. Some bats’ eyes are actually sensitive enough to detect ultraviolet light, making them one of the animal kingdom’s most impressive sets of eyes. 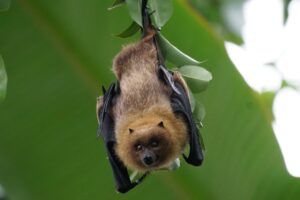 Bats spend a lot of time upside-down for a reason: it allows them to take off quickly when necessary. Bats are heavier than other flying animals, such as birds, in relation to their lift capacity, which means they have difficulty taking off from the ground. Their solution is to literally fall to begin flight. Dropping from an upside-down position provides them with the air and momentum required for liftoff.

At least, that’s how most bats behave. There are six bat species that do not sleep upside-down. Members of the Thyropteridae family in South America and the Myzopodidae family in Madagascar prefer to hide in large, unfurled leaves, such as those of a banana tree. They roost with their heads up when they crawl inside these tubes. They attach themselves to the smooth interior of the plant with small suction cups on their wrists and ankles. After a few days, the young leaves mature and unfurl, forcing the bats to find a new botanical sleeping bag to call home.

6. MISCONCEPTION: BATS ARE RATS WITH WINGS.

Even though bats are small and furry, they are not flying rodents. They are members of the order Chiroptera, which contains roughly one-fifth of all mammal species on the planet. This group’s bats are the only flying mammals on the planet (the only other living creatures capable of flight are birds and insects). Some so-called flying animals, such as flying squirrels, move around by gliding, but bats are true flyers. They are also the fastest known mammals. According to a 2016 study, bats can soar through the air at speeds of up to 100 miles per hour. This makes them faster than other fast-moving mammals, such as cheetahs.

7. MISCONCEPTION: ALL BATS ARE HARMLESS.

We’ve established that bats aren’t going to turn you into a zombie or dive-bomb your hair, but they’re also not completely harmless. According to the CDC, bats are the leading cause of rabies in humans in the United States. However, this does not imply that every bat you see is infected. Bats account for only about a third of the approximately 5000 animals that test positive for rabies each year, and you are far more likely to contract rabies from a dog than from any other animal anywhere in the world.

Only 6% of bats tested positive for rabies had the virus. That rate could be even lower in wild populations, because bats that are weak enough to be caught and transported to a lab are more likely to be sick to begin with. Even though bats are the leading carrier of rabies in the United States, the chances of contracting the disease from them are slim. Each year, only one to three cases of rabies are reported in the United States.

Because many people don’t associate bats with the disease, it’s possible that they account for a disproportionate number of those rabies cases. People may be more concerned about getting infected from a dog or raccoon bite than from a bat encounter. When left untreated, the illness is usually fatal, but it can also be prevented with a highly effective vaccine if caught in time. The bottom line is that if you see a bat that appears to be sick, avoid it. And, if you come into contact with a bat or discover one in your bedroom after sleeping there, seek medical attention immediately.