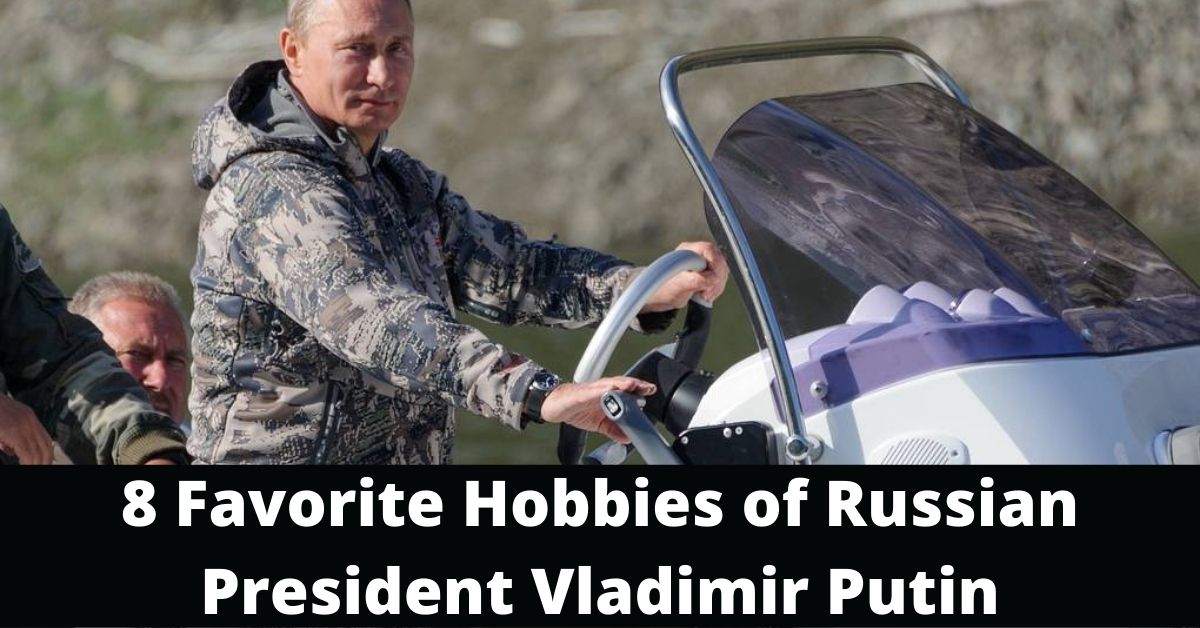 Let’s just take a gander at the 8 favorite hobbies of Russia’s President, Vladimir Putin, in this article.

The name of Vladimir Putin, Russia’s president, has recently become a hot topic of discussion. Because of his decision to invade Ukraine, Vladimir Putin is one of the leaders of a country that is well-respected around the world. Despite some disagreements over his various policies, the world continues to be wary of Russia’s leader. Vladimir Putin appears to have an ideal body posture, with the distinctive feature of his right hand never swinging when walking. Vladimir Putin, like everyone else, has a variety of interests that he pursues in his spare time or on vacation.

According to various sources, the Russian president, Vladimir Putin, enjoys the following hobbies.

Vladimir Putin’s most favorite hobby is hunting. Putin was captured on camera several times while exploring the forest and hunting. He celebrated his birthday in 2019 by hunting in the Siberian mountains. Previously, Putin visited the region’s forest with Russian Defense Minister Sergei Shoigu. They always appear to be close and frequently go out on most of Vladimir Putin’s hobbies together.

Aside from hunting, according to a video released by the Kremlin, Vladimir Putin took a moment to pick wild mushrooms in the area. Putin always carries his own rifle as hunting equipment.

Swimming is Vladimir Putin’s next favorite hobby. Similar to his hunting exploits, the Russian president has been caught on camera or video while swimming. According to Newsweek, he used to swim for two hours a day. According to Putin, he not only works out while swimming, but he also thinks about the state of the country while doing so. One supposed relaxation method for thinking about the country’s problems is to take a dip in the ocean and relax.

After swimming, he often goes fishing to continue his day’s activities. Putin once shared a photo of his fishing catch as a proud moment.

One of Putin’s favorite hobbies is horseback riding. In 2018, Vladimir Putin was filmed riding a horse in Siberia while shirtless. He rode a horse with a female police officer to honor International Women’s Day in March 2019.

As an added bonus, Vladimir Putin is also a hockey fanatic. While playing hockey as a hobby, he usually wears a red and white or blue Russian ice hockey uniform. In front of an audience at the Night Hockey League’s gala event in Sochi City, he was dressed in hockey gear and the number 11 shirt, according to Reuters. Putin previously competed in 2016 in Sochi in NHL veteran hockey. He scored 11 to 5 in favor of his team.

In addition to other hobbies, Vladimir Putin also enjoys working out in the gym. Russian President Vladimir Putin has been involved in athletics for a long time. Putin’s sportswear cost $3,200, according to Russian Prime Minister Dmitry Medvedev, who was present at the time.

Putin was photographed working out in the gym at one of his Sochi residences in 2015, according to reports from Bocharov Ruchei state. He was accompanied by Dmitry Medvedev, Russia’s former Prime Minister. Various pieces of muscle-building equipment were seen being tried by both of them. After their workout, Putin and Medvedev enjoyed a barbecue.

White-water rafting is Vladimir Putin’s next hobby. While hunting and mountain climbing are two of Putin’s favorite hobbies, he also enjoys white-water rafting as a pastime. A picture of Vladimir Putin was frequently spotted rafting. Putin enjoys playing this game with friends and family. According to a photo released by the Russian government at the time, Putin was photographed rafting in Tuva in 2009.

In addition to fighter jets and classic cars, as a hobby, Putin is often seen behind the wheel of a wide range of cars. In 2005, Putin was spotted piloting a Tupolev-160 plane near Murmansk’s Olenogorsk airport. At a 3 km tunnel opening ceremony in the Krasnodar region that year, Putin was seen driving his 1956 Volga car. In 2010, Putin was photographed near Sevastopol, on Ukraine’s Crimean peninsula, riding a Harley-Davidson Lehman Trike with another motorcyclist. In July 2013, Putin was spotted operating a submarine near Gotland, a Baltic island in the Baltic Sea. This vessel dove to the ocean’s depths to locate the stricken vessel.