A 90-year-old woman who adores German Shepherds donates more than $32,000 to the Sheriff’s Office to help fund K-9 bulletproof vests and new dog training for the force. 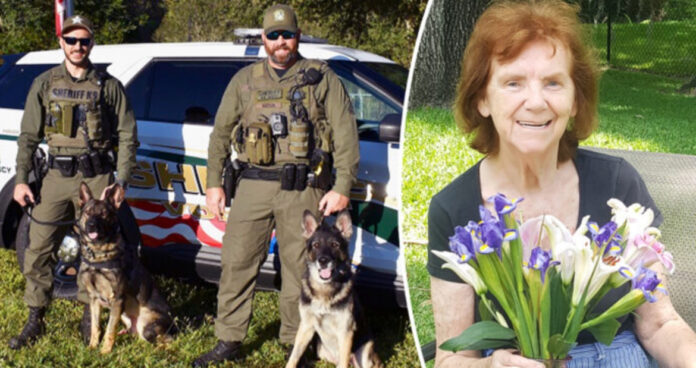 Pamela Mobbs, 90, donated nearly $32,000 to the Volusia Sheriff’s K-9 officers before passing away in October 2020. The generous donation came from the generous woman’s estate, and it was given to the K-9 police force wholeheartedly.

Half of the money will be used to purchase K-9 bulletproof jackets for German Shepherds in the field, while the other half is used to train other dogs who will be joining the force. Pamela’s estate gave the Volusia Sheriff’s Office two separate cheques, each for $16,428.16 (for a total of $32,856.32).

The kind-hearted woman is from Daytona Beach, Florida. Pamela was fascinated with dogs as a kid in England, according to her daughter, Jane Mobbs. Her grandfather formerly had a “fierce” dog who frightened anyone who encounters it.

“My mother wandered out into the backyard, and although her grandfather feared the worst, the dog was super gentle with her and protected her always,” Jane Mobbs said in a Sheriff’s press release. “She had many shepherds in her life.”

Pamela’s interest in K-9 dogs blossomed after her daughter took her to a police dog training demonstration at the Daytona Beach Bandshell when she became a mother decades later.

“She loved seeing the officers handle the K-9s,” Mobbs added. “My mother was certain that all K-9s should be equipped with bulletproof vests, as they frequently enter dangerous locations to help catch criminals. She would be so happy to know that she is making a difference in a dog’s well-being.”

Sheriff Mike Chitwood said, “This is an incredible gift to our department and it shows this woman’s amazing love for dogs.” “Her legacy will continue to benefit the Sheriff’s Office and our communities for many years to come.”