HomeGeneralAre you putting your health at risk with extreme diets?
General

Are you putting your health at risk with extreme diets? 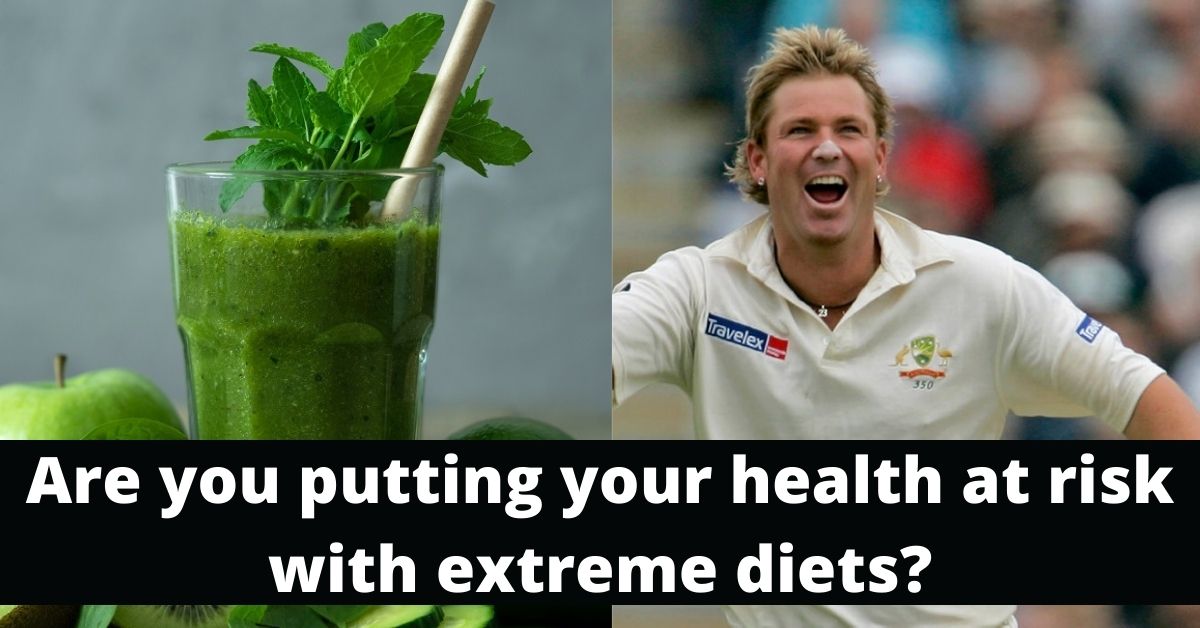 Shane Warne’s death has left cricket fans in a state of shock. Warne, 52, is believed to have died as a result of a heart attack. He’s widely regarded as the world’s best spinner. A shocking report has surfaced just a few days after his passing. According to reports, Warne had been on a 14-day liquid diet when he died, which may have contributed to his demise. Warne is said to have been on a liquid diet to slim down until a few days ago, according to reports.

After writing, “Operation Shred has started (in 10 days) and is to be back in shape by July,” he shared his weight-loss goals on Instagram. During an interview with The Sun, Warne’s manager, James Erskine, revealed that the cricketer was on a strict diet. His diet was restricted to liquids for 14 days.

What was included in Warne’s liquid diet?

His manager claimed that he was eating very little. It was a diet of white buns slathered in butter, as well as black and green juices with it. According to him, Warne had a heart attack because he smoked a lot.

Was Warne also on a fasting tea diet?

According to Warne’s son, his father has followed a 30-day fasting tea diet. Based on reports, Warne finished the diet plan a few days before his death and then ate Vegemite toast.

What exactly is a liquid diet?

This diet is popular with people who want to lose weight. This is an attempt to burn calories by drinking beverages. To lose weight, people turn to liquid diets. Fruit and vegetable juices or shakes are commonly used in this. The majority of people consume them a total of three times.

Do liquid diets come with any health risks?

However, there is no proof that Warne’s untimely death was caused by a liquid diet. Such diets are discouraged by experts in the field of health. Low-calorie diets, according to Gary Jennings, a health expert with the Heart Foundation, can have a negative effect on cardiovascular health in certain circumstances.

According to Gary Jennings, the majority of heart-related issues can be attributed to this diet. This can have an effect on cardiovascular health. There’s no way a liquid diet is going to provide you with all the nutrients you need. A low-calorie diet is thought to be lacking in protein, carbohydrates, fats, vitamins, and minerals.