HomeGeneralIs Russia a European or an Asian country?
General

Is Russia a European or an Asian country? 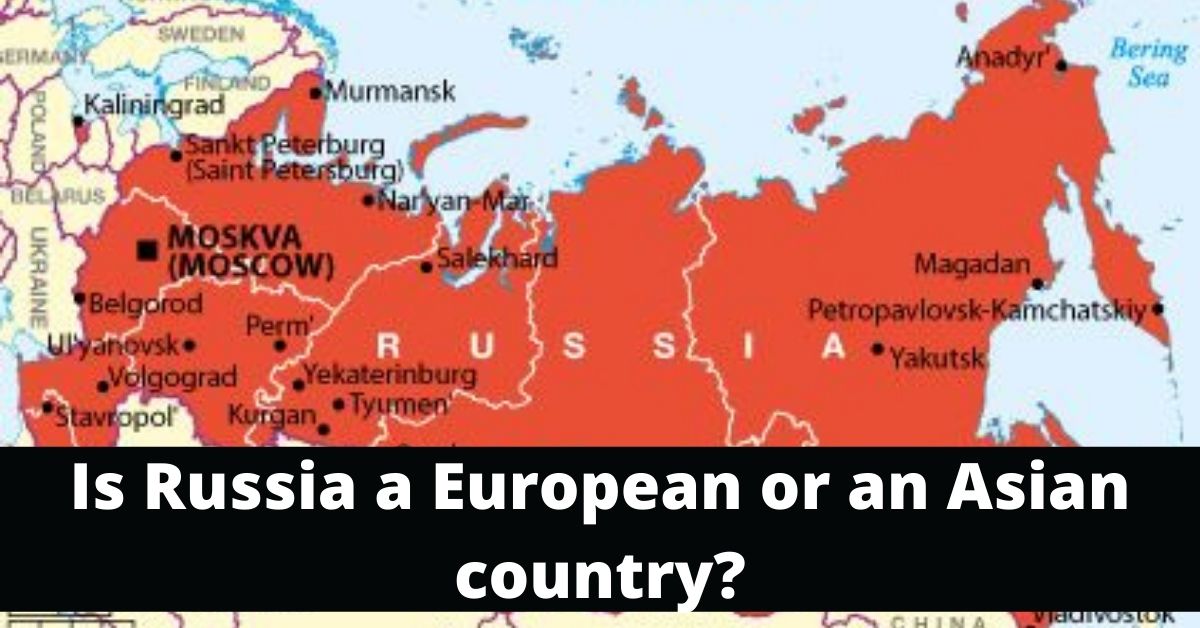 Russia has a large landmass that extends across Eurasia, which consists of both Europe and Asia. While the majority of Russia’s land lies on the Asian continent, the majority of the country’s population lives in Europe. Russia’s historical heartland is located in Europe, as well. Imperial conquests allowed the country to expand into Asia. However, Russia is now a country that contains people and cultures from both Europe and Asia.

Why Is Russia Both a European and an Asian Country?

The Russian Federation’s territory lies on the border between Europe and Asia. The Ural Mountains and the Ural River, which flow from those mountains into Kazakhstan’s far west, are considered Europe’s eastern border by traditional geographic convention. As a result, Russia’s western borders with Norway, Finland, the Baltic countries, Belarus, and Ukraine up to the Ural Mountains are all regarded as being part of Europe.

However, much of Russia’s territory lies east of the Ural Mountains and is therefore considered to be part of Asia. Siberia is the name given to Russian territory east of the Urals, which extends all the way to the Bering Sea, which lies north of the North Pacific Ocean. There are only 2.4 miles between Russia and Alaska, the US state closest to the Russian border.

The Central and East Asian regions are also part of Russian territory. In the North Pacific Ocean, the country has a maritime border with Japan. The Central Asian countries that were once part of the Russian Soviet Union share land borders with Kazakhstan as well as the East Asian nations of China, North Korea, and Mongolia. As a result of its extensive territory, Russia is the world’s largest country in terms of land mass.

Are the majority of Russians Europeans?

Despite the fact that the majority of Russia’s landmass is considered to be in Asia, the majority of the Russian population lives in Europe. In fact, approximately 77 percent of Russia’s 146 million people live within borders that are regarded as part of Europe. This constitutes Russia’s most populous city, Moscow, the country’s capital. It has a population of over 12 million people, making it Europe’s second most densely populated city. Other major cities in Russia’s European part are St. Petersburg, Nizhny Novgorod, Kazan, and Rostov-on-Don.

The European Origins of Russia

Despite the fact that Russian territory now extends into Asia as well as Europe, the country’s origins date back to the 9th century CE, when Kievan Rus, the first Slavic state, was founded in and around the city of Kiev, which is now the capital of Ukraine. When the Russian empire began, Moscow was just a small principality. These princedoms gradually encroached on what is now the European part of modern-day Russia between the thirteenth and fifteenth centuries. Russia began its Asian expansion only in the 16th century. Siberia, which includes all of Russia’s present-day Asian territory, was conquered by Russia between 1581 and 1649.

The Europeans and Asians, the citizens of the Russian Federation

Today, Russia is a melting pot of cultures, with influences from both Europe and Asia. More than three-quarters of the population is Russian. However, ethnic Russians are only one of the Russian Federation’s 190 ethnic groups. Like Russian ethnicity in general, many of these groups are European in origin. But the Buryat and Yakut ethnic groups that live in the eastern portion of Siberia also have Asian heritage. Tatars (or Tartars) are a Turkic-speaking people whose origins lie in modern-day Mongolia, Russia’s largest minority group.