The Disappearance of Three women in Springfield under mysterious circumstances 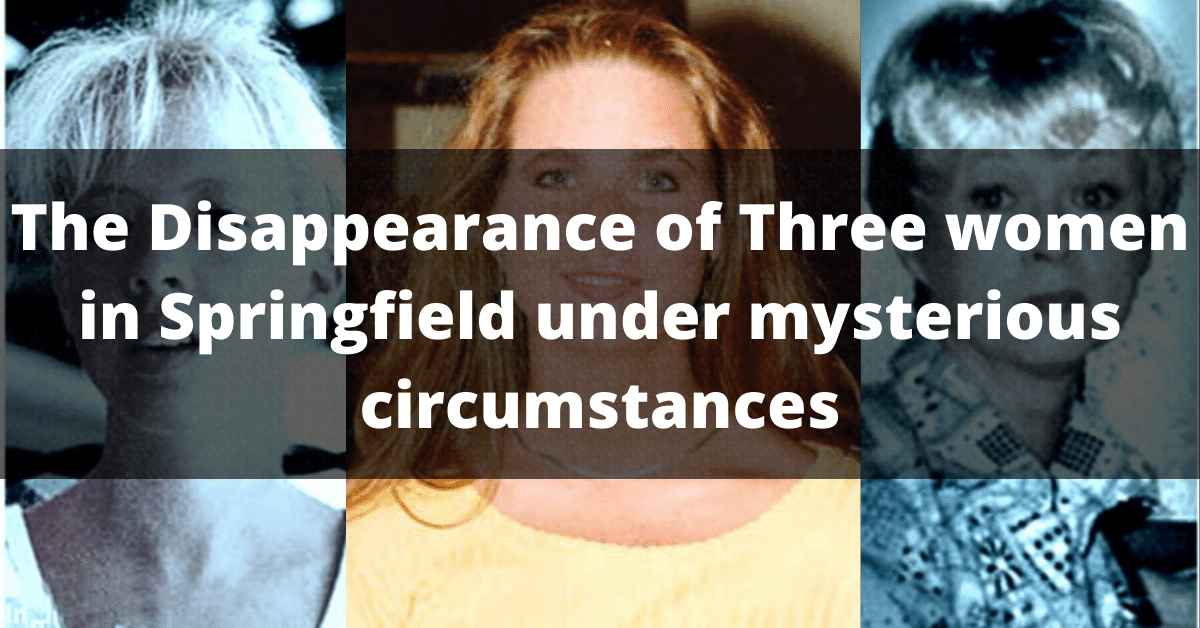 Three women went missing in Springfield, MO., on June 7, 1992, for unknown reasons. After a night of post-graduation festivities, recent high school graduates Suzanne “Suzie” Streeter and Stacy McCall were staying at the home of Streeter’s mother, Sherrill Levitt. The next day, the two graduates planned to go to a waterpark with friends. The three women were nowhere to be found when their friends arrived to pick up Streeter and McCall.

With no leads, no evidence, and thousands of tips that have gone nowhere, Springfield police and the FBI have never been able to find the women, figure out who (if anyone) abducted them, or determine if they are still alive. Various theories and possibilities have been proposed over the years, but with no concrete evidence, this strange disappearance remains an unsolved mystery that is unlikely to be solved.

The Women Disappeared Sometime In The Middle Of The Night

Suzie Streeter, Stacy McCall, and Sherrill Levitt vanished in the early hours of June 7, 1992, from Springfield, MO. While McCall and Streeter were seen as late as 2 a.m. that morning, Levitt had not been seen or heard from since 11:15 p.m. the night before.

After receiving their diplomas from Kickapoo High School, McCall and Streeter went to a graduation party on June 6. They went back to Levitt’s house to rest. That was the last time they were heard from.

The House Showed No Signs Of A Struggle

The next morning, when Streeter and McCall’s friend arrived at the house, no one was there and the door was unlocked. There were no signs of forced entry (aside from a shattered porch light), and there didn’t appear to have been a struggle. Aside from the absence of the three women, the only thing wrong was the agitated state of the Levitt family dog, Cinnamon.

There was no evidence that anyone had been kidnapped forcibly. Those who entered the house insisted that everything was in order and that no property had been stolen. The women’s purses were complete and contained their personal belongings, but they were oddly arranged on the stairs.

The Springfield Police Department identified Robert Craig Cox as the most likely suspect in the Springfield Three’s disappearance. He was serving time in a Texas prison when they finally caught up with him. He had previously been convicted and sentenced to death for the 1978 murder of a 19-year-old girl, but the ruling was later overturned.

Cox was living in the Springfield area in 1992, and his Army Ranger skills would have made it easy for him to subdue three women who lacked equivalent training. He also worked at Stacy McCall’s father’s car dealership. Cox initially claimed to have been with his girlfriend on the night of the disappearances, but this was later proven to be false.

Cox has stated that he knows the three women are dead and where they are buried; however, he has never stated how he knows this, nor has he revealed any details about the bodies’ whereabouts. According to then-Springfield Police Sgt. Todd King, Cox is still on the radar in the Springfield Three case, but no concrete evidence or information has surfaced: “He’s made various statements that keep him as a person of interest, but he’s never made any true statements that point us in one direction or the other… He’s never been dismissed.”

There Was A Strange Voicemail On The Family’s Answering Machine

While Stacy’s mother, Janis McCall, and several friends and family members waited for the women at Sherrill Levitt’s house, the house received three phone calls from an unknown source. The calls contained “lewd sexual content,” according to Mrs. McCall, who answered the phone the first two times.

In her interview with Crime Watch Daily, McCall does not go into detail about the calls, but it’s clear she was terrified by what she heard. No one knows whether the calls had anything to do with the disappearance of the Springfield Three, but any evidence gleaned from the calls has vanished.

A third call came in shortly after the first two “lewd” calls, but McCall let the answering machine handle it. The caller left a voicemail, but someone – no one knows who – deleted it before the cops could listen.

Nothing Was Stolen From The House

When the cops started their investigation, they ran into nothing but dead ends. There was no evidence of kidnapping, no evidence of foul play, and no evidence of theft on the part of whoever abducted the trio. It was as if the women had simply vanished and had forgotten to leave a note.

Their Cars Were All In The Driveway

When family friends arrived at the house, they didn’t think Levitt and the other two girls had gotten very far. After all, their vehicles were still parked in the driveway. All were parked normally, though Levitt’s parking in the driveway was unusual, according to Janis McCall (Stacy’s mother), because she always parked in the carport.

Friends believe the cars were left in the driveway because someone was already waiting for Levitt in the carport when she arrived home. However, this has never been confirmed. All three sets of car keys remained in the house.

Advertisements
Share
Facebook
Twitter
Pinterest
WhatsApp
Previous articleLaws Named after Victims: Every Law in the United States Named After a Victim, and What It Does
Next articleThese Are 05 Of The Weirdest Animals Found in The Deep Sea
Advertisements
RELATED ARTICLES
History