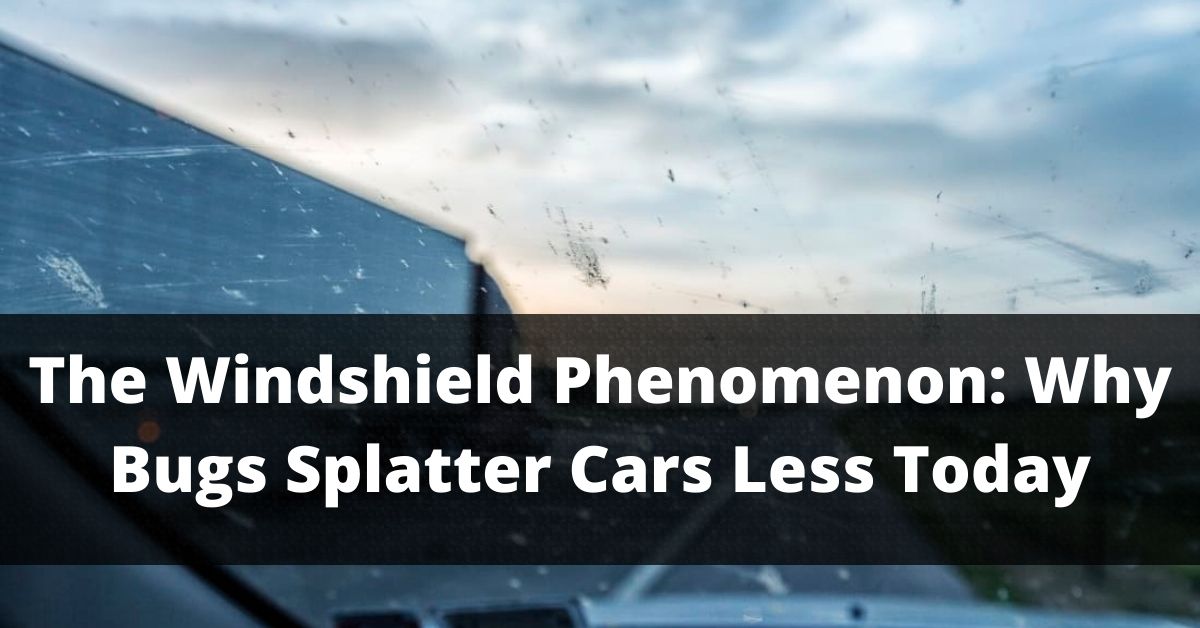 Not long ago, the first insect songs of summer were accompanied by a fresh coat of bug guts splattering your vehicle. If you’ve been driving for a few decades, you’ve probably noticed that the remains of unlucky flies, moths, and beetles aren’t as common as they once were.

You might even be grateful that your car is cleaner than it used to be, but the absence of bugs on the road isn’t cause for celebration. The phenomenon is known as the windshield phenomenon, and it is evidence of rapidly declining insect populations worldwide.

People have been noticing fewer bugs on their windshields since the early 2000s, but there was little scientific evidence to back up these anecdotal observations until the 2010s. The Krefeld Entomological Society, which is mostly comprised of amateur entomologists, has some of the earliest data on the subject. In the 1980s, they began tracking insect populations in nature reserves throughout Western Europe, and in 2013, they made a startling finding.

In one trapping site, insect populations had declined by nearly 80% since the last time they checked it in 1989. When they returned the following year, the numbers had not improved. Investigations at more than a dozen other sites revealed that the trend was not limited to one location.

A 2019 survey by the Kent Wildlife Trust directly linked the so-called “insect apocalypse” to what drivers notice (or don’t notice) on their windshields. Following over 650 car trips across the British county of Kent in the summer of 2019, they asked drivers to report the number of dead bugs found on their license plate. They compared these figures to the results of a similar survey conducted in 2004, and discovered that the average splattered insect count had dropped by half.

Some blamed the windshield phenomenon on modern cars’ more aerodynamic designs. To account for this, the Kent Wildlife Trust researchers conducted their survey among drivers who own classic cars. Their findings indicate that the change over a 15-year period was caused by the environment rather than car designs.

Several factors have contributed to the decline in insect populations. Over the last century, numerous human-caused threats have wreaked havoc on bug species, including industrial farming, insecticides, and climate change. One effect of the crisis that people may notice in their daily lives is the windshield phenomenon.

Other effects of the insect apocalypse are far more serious. Insects don’t always get as much attention from conservationists as charismatic megafauna, but they play an important role in the world’s ecosystems. Animal pollinators, such as bees, moths, beetles, and butterflies, pollinate more than one-third of the world’s food crops. In a future with fewer insects, our windshields may appear empty, but so will our grocery stores.