HomeGeneralToo many men in China?
General

Too many men in China? 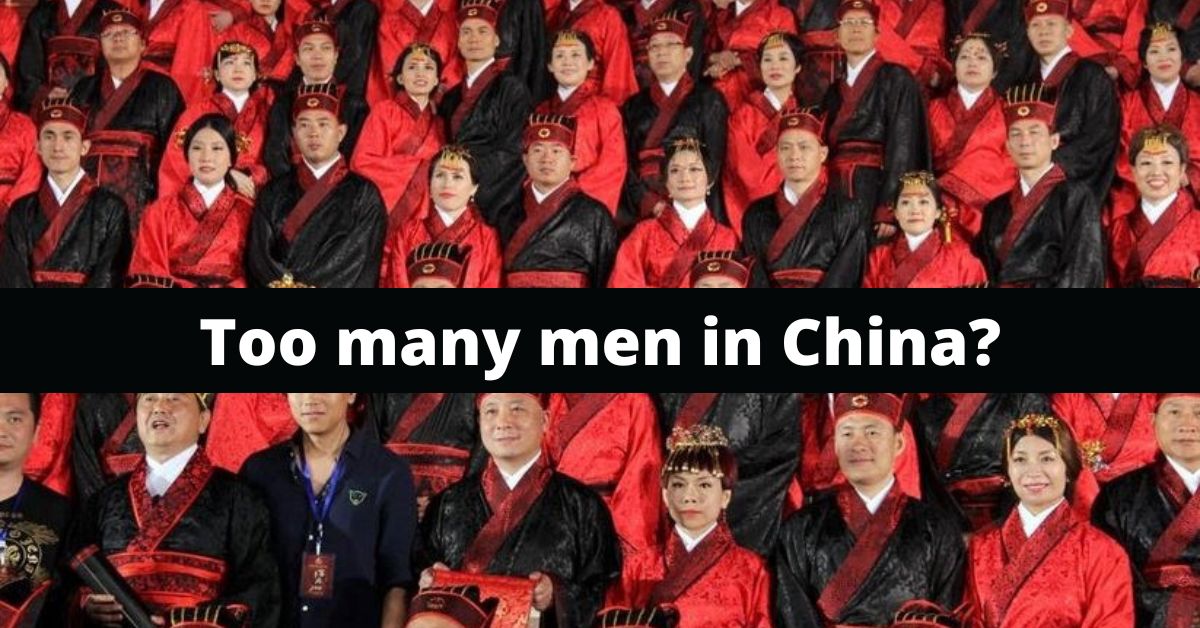 Are there “too many men in China?”According to a Chinese government official, who spoke on condition of anonymity, about half of the country’s 35 million unmarried men were within the “marriageable age” range.

The National Bureau of Statistics states that the country’s population has grown by 0.53 percent over the past decade, to 1.41 billion people. For Chinese authorities, the 12 million children born in 2020 (down from 14.6 million in 2019) and the gender gap, which has grown by a half-million since the 2010 census, are the most worrying numbers.

Official figures show that China has 723.34 million men and 688.44 million women, accounting for 51.24 percent of the population and 48.76 percent of the total population, respectively. Fu Linghui, a bureau spokesperson, explained that this means there are 34.9 million more men than women in China today.

Fu observed that a wide range of factors affect a couple’s decision to marry one another. He cited his age, location, personal character, education, values, and family background as examples of the factors he considered. Since China’s “one-child policy” was instituted nearly four decades ago, the gender gap has been attributed to a cultural preference for boys.

In the period between 1979 and 2015, the country’s population was restricted to having only one child by the country’s family planning policy. A few exceptions were made, such as for couples who had no children of their own, ethnic minorities and residents of rural China.

As China’s “two-child policy” continues and attitudes about having children change, Fu claims that the gender gap will be narrowed in the future. It was based on 2020 census data, which showed that there were 111.3 boys for every 100 girls. Ten years ago, the gender ratio between boys and girls was 118:1 to 100.

Fu even noted that the ratio was even closer between men and women of “marriageable age” at 108.9 to 100.

Gender disparities in China’s cities and countryside have been observed by researchers. In urban areas, more women are delaying or foregoing marriage altogether. According to Yang Fan, a researcher at Renmin University of China’s Center for Population and Development Studies, China has had more boys than girls since the 1980s. The occurrence is more prevalent in rural areas, he told Beijing News.

A professor at Peking University’s Institute of Population Research, Mu Guangzong, told the newspaper that big cities are seeing a shift toward women in their population composition. Despite the fact that there are more single men than single women in rural China, according to Mu, the number of older women who have never married is rising.

The seventh national census of China also revealed the aging population of the country. An estimated 18.7% of the population is over the age of 60, with 253.38 million children under the age of 14 accounting for the remaining 17.95 percent.

Currently, China is in the first of three stages of population aging, with 20 to 30 percent of the population over 60 years old, according to the China Statistics Bureau.