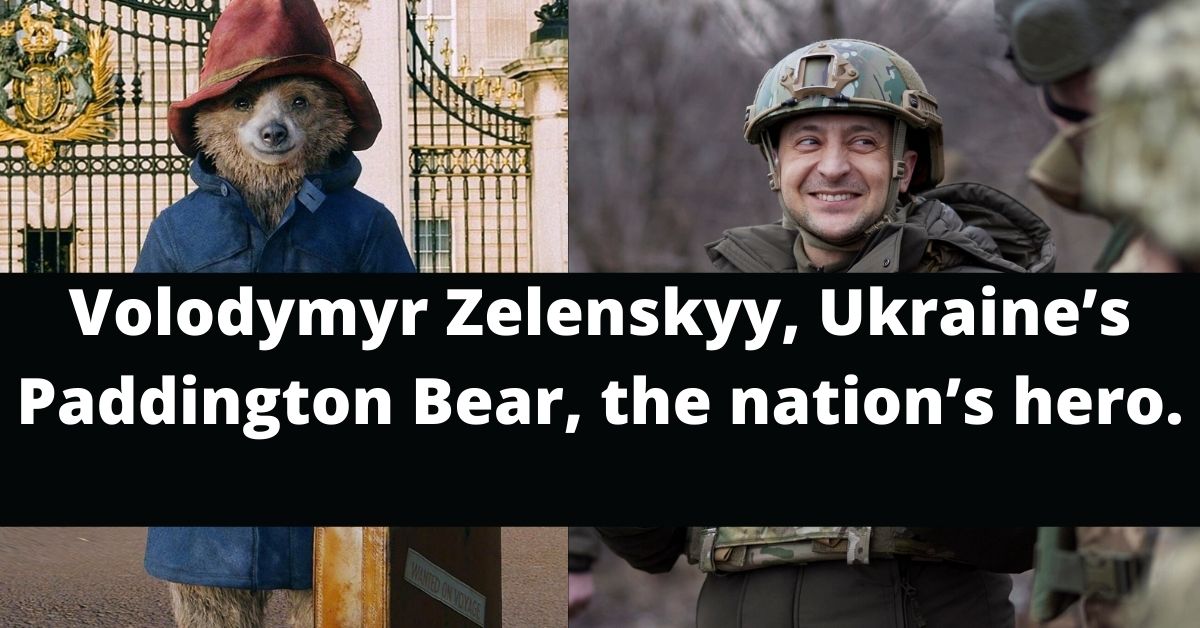 Before being elected President of Ukraine in April 2019, Volodymyr Zelenskyy had a successful career as an actor and performer. Zelenskyy’s filmography is replete with unexpected twists and turns. Despite the fact that Ronald Reagan was famous for co-starring in a film with an ape before becoming a politician, this isn’t the first time someone has made the move from entertainer to politician.

It was revealed over the weekend that Paddington Bear’s Ukrainian dubs in 2014’s Paddington and 2017’s Paddington 2 were voiced by Zelenskyy. The bear’s original voice was delivered by Ben Wishaw.

The casting was confirmed via Twitter by Blacklist creator Franklin Leonard, Paddington producing company Studio Canal, and actor Hugh Bonneville. However, according to Bonneville, he had no clue until today who had provided the voice for Paddington Bear in Ukraine. The president, Zelenskyy, is said to have thanked Bonneville for speaking on behalf of him.

In recent weeks, international attention has focused on Zelenskyy’s acting efforts as Ukraine has come under attack by Russia, inspiring an expression of solidarity both for the nation and its leadership. Aside from Paddington, Zelenskyy has also been in Servant of the People, a Ukrainian comedy series about a schoolteacher who becomes elected president. The climax was broadcast about a month before Zelenskyy’s actual election to the presidency.

It’s not just Paddington that relied on local actors when it was released worldwide. While stars like Sandra Bullock, who is fluent in German, are occasionally used for dubbing, it is more customary for studios to use local actors for a variety of parts. As a replacement for Jim Carrey, Brad Pitt, and Tom Hanks in the Japanese market, Koichi Yamadera was called in.