WHY AREN’T PLANES GETTING FASTER? 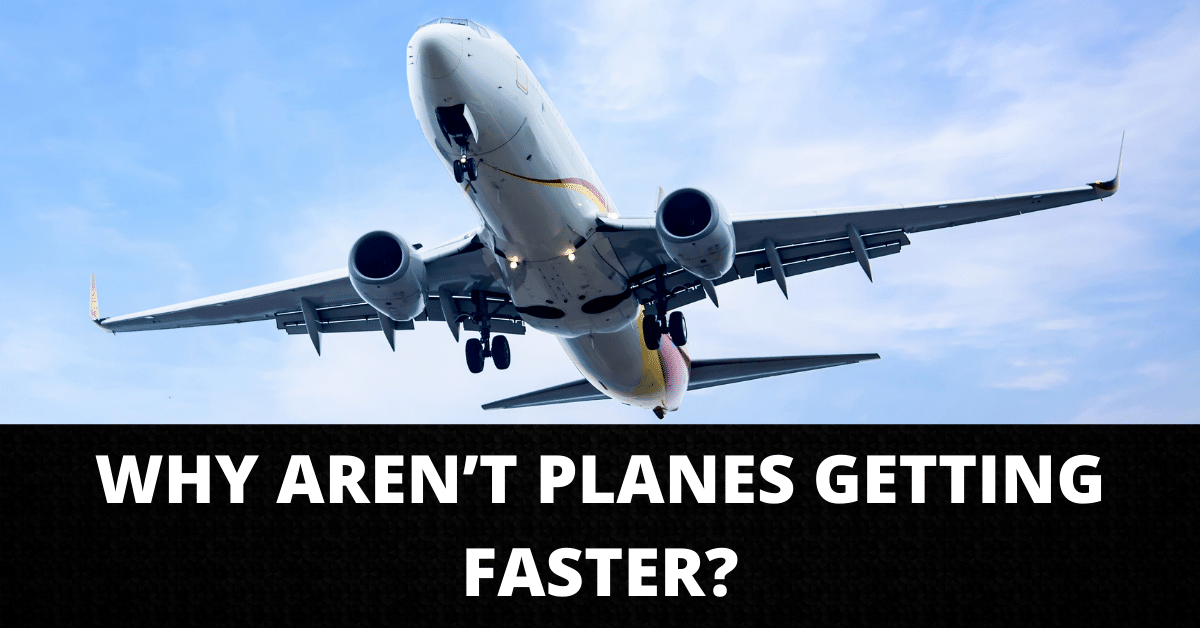 We can cross oceans in less than a day and entire countries in an afternoon, but it appears that air travel has come to a halt. Why is this the case? Why isn’t air travel getting faster like it did decades ago?

You read that correctly – while we may not be traveling as fast as we once did, there were supersonic airliners in the past. In fact, supersonic flight has existed since 1968, with the Tupolev Tu-144, and again in 1969 with the Concorde. The Tupolev Tu-144 was capable of reaching speeds of up to 1,510 mph, while the Concorde could reach 1,354 mph. These speeds are more than double those of our current commercial aircraft. The issue was that these fast plane designs were deemed inefficient and too costly to continue operating as intended.

Passenger planes can currently fly at 85 percent of the speed of sound, or around 600 miles per hour. When you think about it, this is an insane speed. To travel much faster than this, you’d have to break the sound barrier. This would fundamentally alter the behavior of the entire airline system, necessitating updated designs and significantly more fuel. We had designs that could have gone this route in the past, but they wouldn’t work now. If they were to replace modern aircraft, the designs would have to be reworked to be more efficient.

Air, for example, moves differently over different parts of the plane. An aircraft may be traveling at 95 percent of the speed of sound, but some surfaces may be traveling at trans-sonic speeds. The end result would be loud noises, dragging, and potential damage. To avoid some of these issues, the entire plane would have to travel faster than the speed of sound, implying much higher engineering and overall costs. With the cost of fuel being higher than it was during the Tupolev Tu or Concorde’s lifespans, we can only imagine how expensive it would be to run them today. At higher speeds, planes consume more fuel, making the process extremely expensive. It puts more strain on the engines and fuselage, resulting in much faster wear.

Another issue they might face is a sonic boom. People who have heard a sonic boom describe it as a loud crack or explosion. It remains consistent as long as the sound barrier is broken, implying that this “boom” will accompany the flight for as long as it continues. One of the many reasons the Concorde primarily flew transatlantic flights was that people were less likely to be bothered by noise over the ocean.

Currently, air travel has been attempting for a long time to be less expensive, rather than necessarily faster. A round trip on the Concorde from New York to London costs around $13,000 per passenger. This would make it a luxury item rather than something for the general traveling public. Because they would only sell these tickets to the ultra-rich, this would not be a viable business model for most airlines. There were also fewer flights available when compared to standard aircraft schedules. Depending on flight schedules, someone who needed to get somewhere as soon as possible might still be better off taking a regular 747.

In a nutshell, we don’t fly faster because there’s no reason to. The high-priced tickets have a small market, and people would have to wait for fewer planes. This would result in a bottleneck, effectively negating any time saved by flying in the faster planes. Planes would require a new design, more fuel, and would most likely not provide a calm or quiet flight for anyone involved, because passengers and people below would be subjected to the “sonic boom” caused by breaking the sound barrier.