Why Time Goes By Faster As We Age 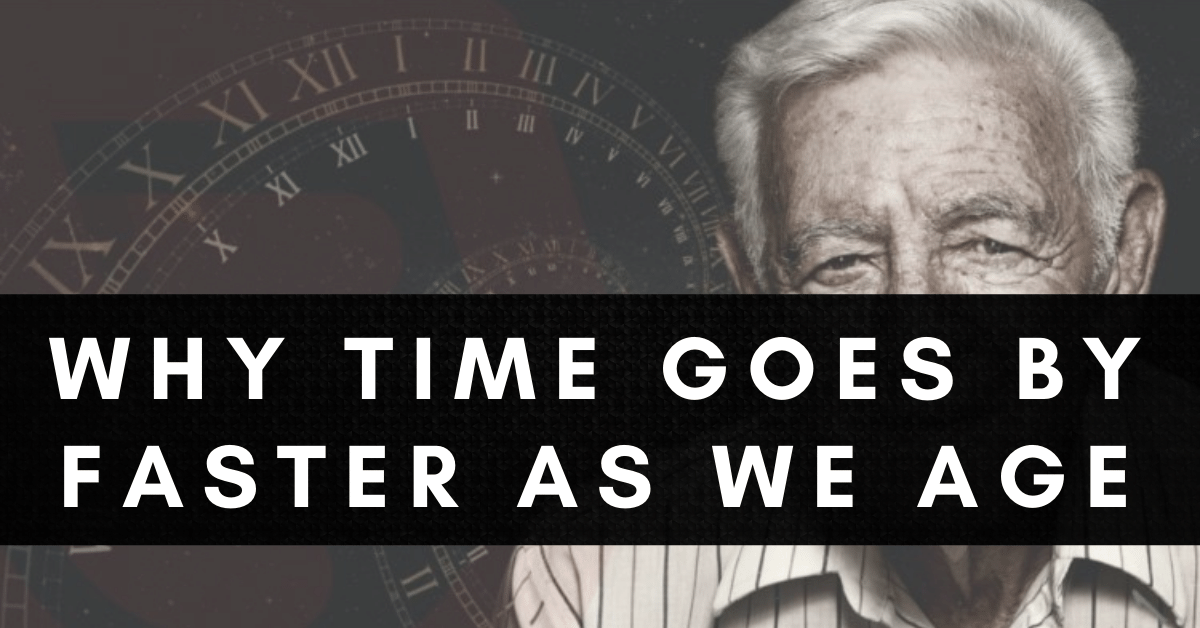 Time is a wondrous and enthralling phenomenon. It is thought to be a fundamental property of the universe that, along with the three known spatial dimensions (length, width, and height), constitutes what Einstein famously referred to as spacetime. Furthermore, Einstein demonstrated that time is relative and actually slows down as a result of gravity and acceleration. As a result, rather than being an immutably fixed constant everywhere in the universe, time is relative, depending on the observer.

But, beyond the theoretical and practical applications of Einstein’s theories of relativity, almost every human intuitively understands that time is relative—because it seems to pass much faster as we get older. As a result, how a clock measures time and how we perceive it differ greatly. Although the speeding up of subjective time with age is well documented, there is no agreement on the cause.

One common explanation for some of this perception is that for a 10-year-old, one year represents 10% of their entire life and even 15% to 20% of their conscious memory. However, one year represents less than 2% of a 50-year-recallable old’s life. Thus, the long school days and seemingly endless summers of grade schoolers’ childhoods, as well as the rapidly passing days, weeks, and months of most adults’ lives.

Another intriguing hypothesis is that young children have faster heart rates and breathing rates than adults. As a result, their brains’ electrophysical undulations and rhythms are likely to be faster as well. Just as the pacemaker in the heart slows the heart’s rhythm as children get older, it’s possible that the brain has a pacemaker that slows as people get older, and this “neural metronome” provides an internal sense of the passage of time.

Indeed, if you ask a young child to sit quietly, close their eyes, and tell you when a minute has passed, most children will say 40 seconds or less. If you repeat the experiment with adults and seniors, they will most likely report that a minute has passed in 60 to 70 seconds. As a result, children’s brains “beat” faster than adult brains, allowing them to have more conscious experiences per unit of objective time. As a result, the subjective passage of time moves more slowly for children than for adults.

Professor Adrian Bejan recently proposed a fascinating explanation that extends this neural pacemaker theory. He makes a case based on the physics of neural signal processing (Bejan, 2019). Bejan hypothesizes that as we get older, the rate at which we process visual information slows down, and that this is what causes time to “slow down.”

This is due to the fact that objectively measurable “clock time” and purely subjective “mind time” are not synonymous. In contrast to the number of vibrations of a cesium atom (the current agreed-upon definition of one second), mental time—memory—is never veridical and universally agreed upon. It is a reconstructive procedure that involves a lot of mental imagery (i.e., A. A. Lazarus, 1978). Bejan believes that time, as we perceive it, represents changes in visual stimuli. We know something happened because we notice a difference. And everything changes in one direction; from cause to effect. We’ll never see a shattered glass reassemble itself and leap onto the table from which it fell.

In this sense, our experience of time is always a backward-looking process that is reliant on memory and thus relative, but not only in the way Einstein intended. Of course, memory is much more than just a series of images; it also has sensory dimensions. However, because vision is our dominant sense, a large portion of our memory is visual.

A camera, film, projector, and movie are all metaphors for a central part of visual memory and its relationship to time.

The more frames one sees in a second, similar to frames in a movie, the slower the image appears to pass. The faster the image appears to move, the fewer frames per second one sees. Slow motion, in other words, reveals many more frames-per-second than normal or fast motion. According to Bejan, as we get older, our brain’s neurovisual memory formation equipment slows down and lays down fewer “frames-per-second.” In other words, more actual time elapses between the perception of each new mental image. Children perceive and record more memory frames or mental images per unit of time than adults, so when they recall events—that is, the passage of time—they recall more visual information.

This is what causes us to perceive time passing more quickly as we get older. When we are young, each second of actual time is jam-packed with many more mental images than when we are older. As with a slow-motion camera, which captures many more frames per second than a regular speed camera, time appears to move more slowly when the film is played.

Bejan contends that the size and complexity of our brains’ neural networks increase as we mature and continue to age, which is the root cause of this subjective, temporal gearshift. This means that electrochemical signals must travel longer distances and traverse more pathways, slowing signal processing. Furthermore, as we age, nerves accumulate damage that creates greater resistance to the flow of signals, slowing processing time even more.

“People are often amazed at how much they remember from days that seemed to last forever in their youth,” Bejan says. It’s not that their experiences were any deeper or more meaningful; it’s just that they were processed at breakneck speed.”

Of course, the phenomenon of time speeding up as we get older is just one of the brain’s unknown, and possibly unknowable, mysteries. Classical physics has incorporated and progressed beyond Einstein’s seismic contributions into the realm of quantum mechanics. Similarly, it is likely that a quantum theory of consciousness will be required to understand the intricate and multidimensional workings of the mind.